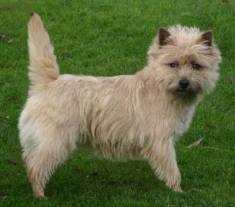 Once a dog reaches the age of six months the time has come to start looking towards his future show career. For most dogs, aiming for challenge certificates and champion status is still a dim and distant dream - if a dog wins a challenge certificate before the age of twelve months it cannot be used towards the title of champion - so why not try and achieve his Junior Warrant?

What is a Junior Warrant?
A junior warrant is a title that all dogs between the age of six and eighteen months can compete for. Thought of as a junior championship it will show that your dog has the quality to hopefully go on to be a future champion in his breed.

How the Points are Earned
Until you know the system it may be a little hard to follow but basically your dog will have to first win his class whether it is at a championship show or an open show after this the rules can change:

If a class is won at a championship show where challenge certificates (CC’s) are on offer in his breed then he will gain three points for winning a class.
One point is earned for a win at a championship show without CC’s on offer for his breed or at an open show.
If your dog wins best of breed at an open show he can claim one point if he wasn’t able to claim a point for his class win due to low numbers in the class.
There has to be three dogs present in the breed before a dog can claim his points for winning a class.