Spent the day at a lovely DKK open Christmas show. I attended with Felix / Zalazar Viva La Musica in baby class and Tesla / Zalazar Unknown Tresure in puppy class. Both got really nice critiques from a highly competent and pleasant judge Tina Toft Bergstrøm.
Felix (Mc Alister's Dream Of My Life - Zalazar Mai Tai) was shortlisted in BIS baby but Tesla (BushWillow's Clint Eastwood - Zalazar On Stage) went all the way and was BIS puppy. 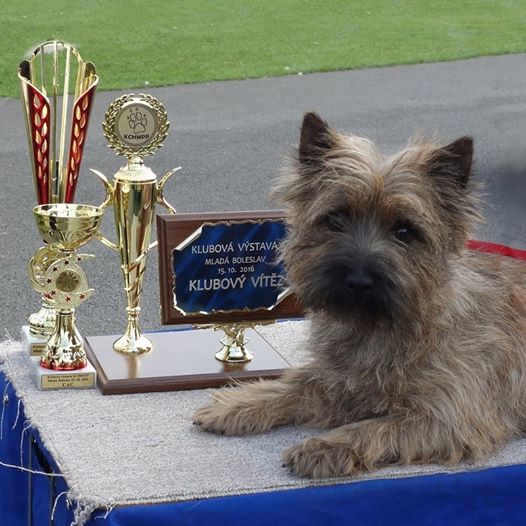 Hi Mette
Ruby sends you greetings from Club show in Czech
She was CAC, Club winner, and Best female with BOS
She is amazing
Lucie 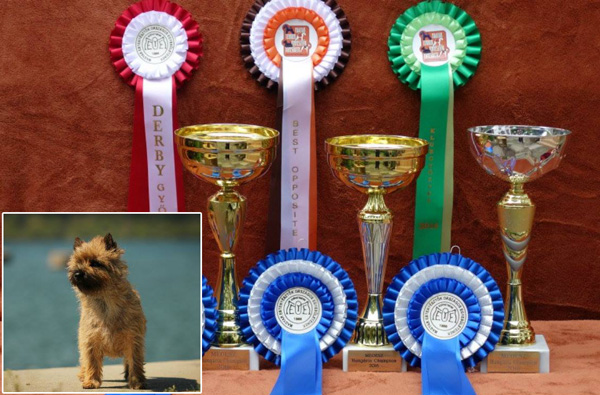 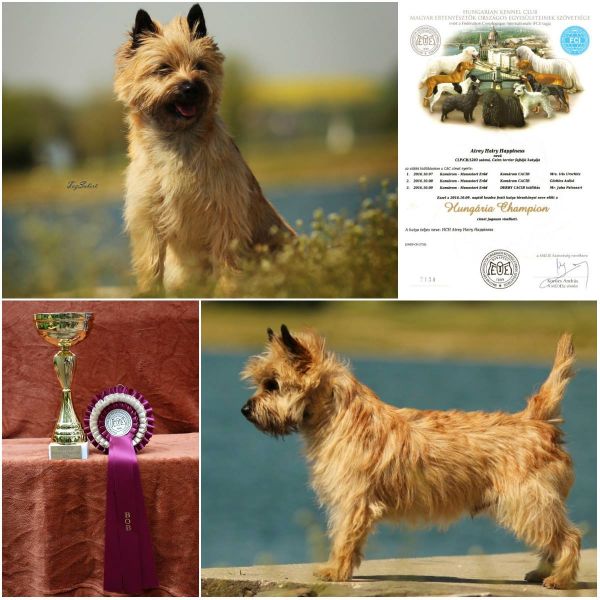 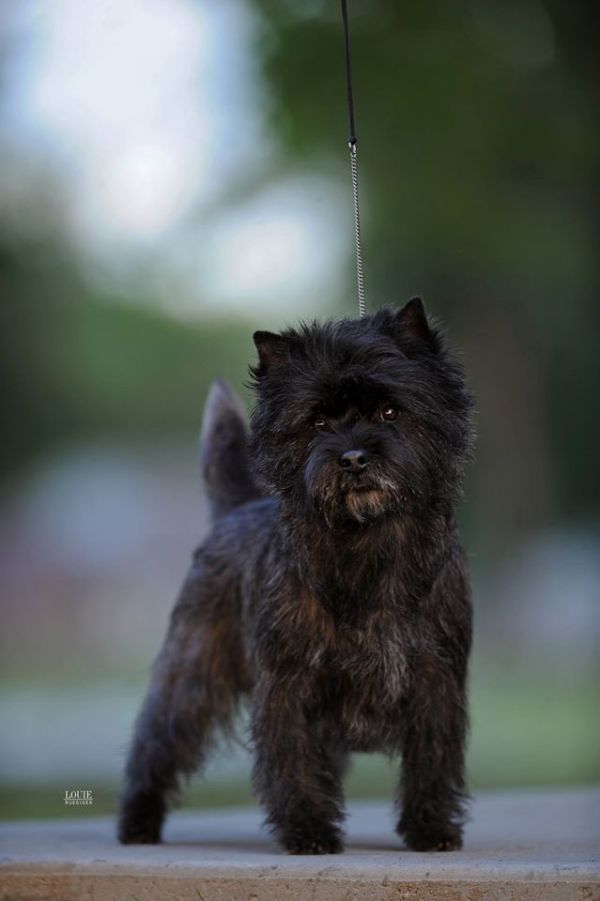 What a weekend! Saturday at the Danish Kennel Club Copenhagen Winnershow Zalazar On Top won CAC, CACIB, Best of Breed and the title Copenhagen Winner 2016 and he finished in the best way becoming no. 4 in a very very strong Terrier group. Michael Leonard from Ireland judged both breed and group. Maria Gratved showed "Topper" quite perfect though they first got to know each Saturday morning.

I was busy at DKK's show both days as steward. Congratulations and many thanks to all.

Video from the best in the group can be seen here:
http://livestream.com/bisstream/ballerup/videos/136007673
Group 3 Terriers begins at 1:43:15 in the video. 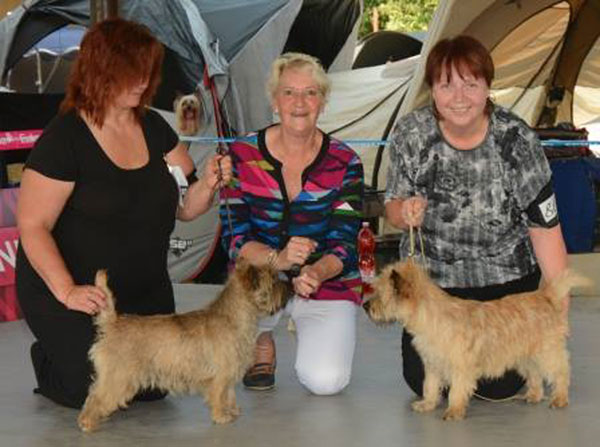 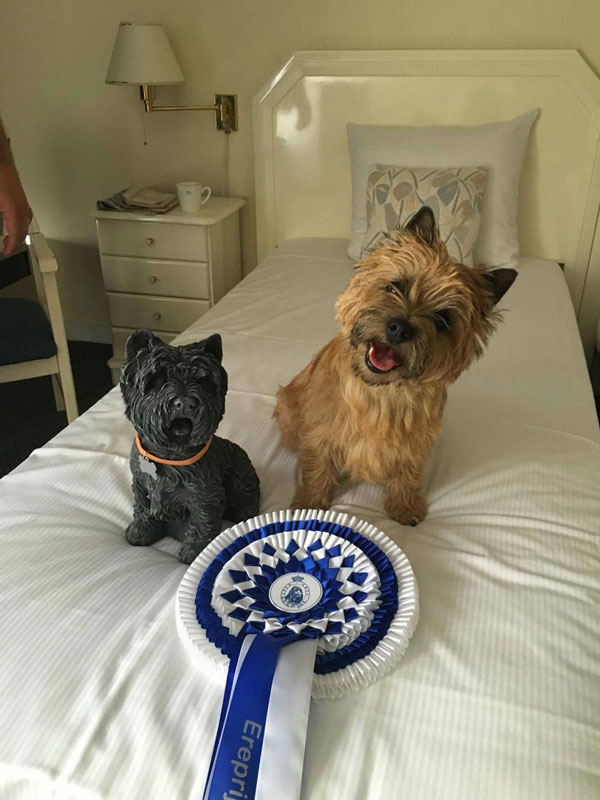 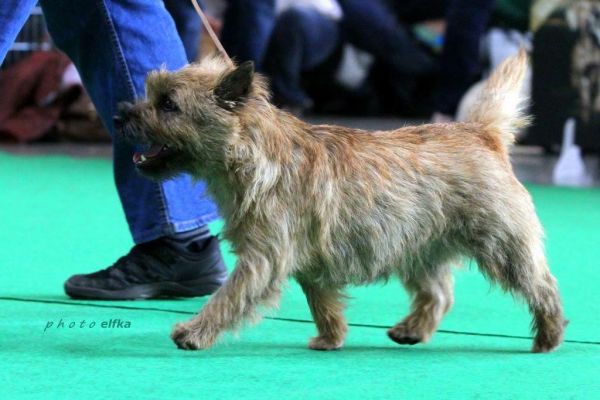 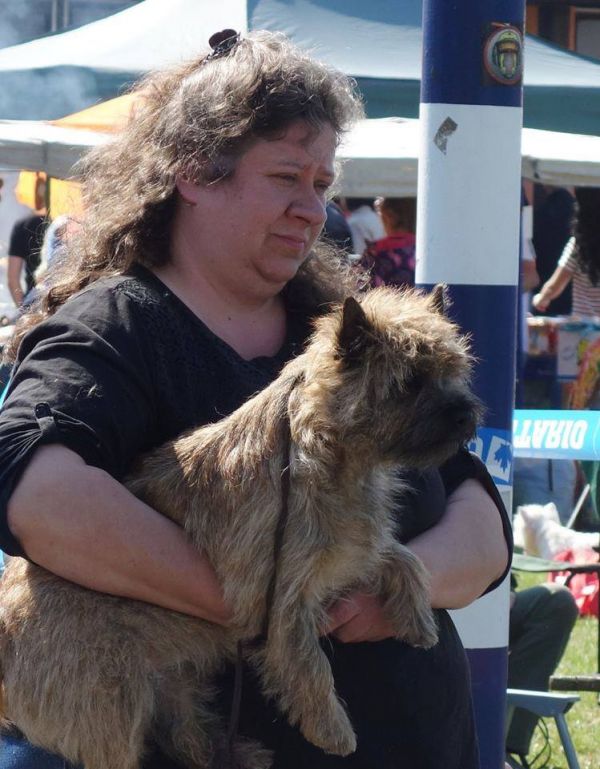 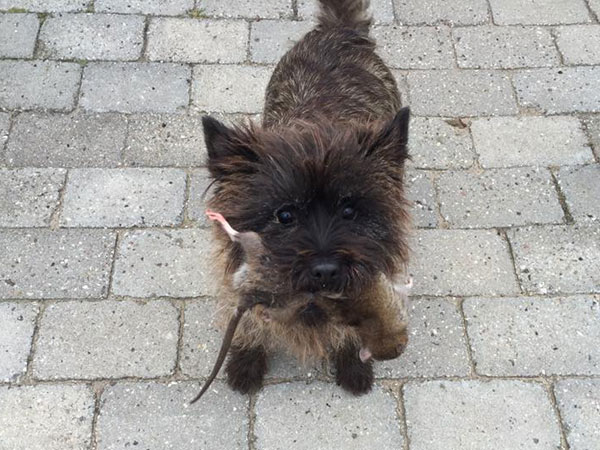 The dogs were barking outside and I asked them to stop .... It did not work, so I went outside and Stacy went out with me and in a split second there was a lot of screaming ... She had caught a rat!!! She did not kill it, so here mother Holly took over and finished the work while grandmother Oda was cheering.
Good dogs!
Now the official rat fighter will come and have a look and set up traps! 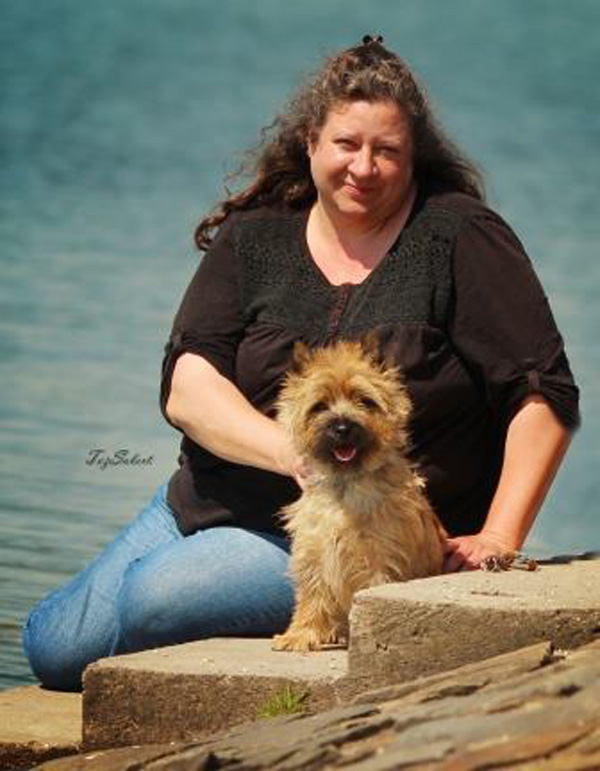 We just recieved this nice message today from Lucie:
Ruby did it again!
CACIB show Wieselburg, A, judge Erika Homonnai, A
Zalazar Quite Special - CAC, CACIB, BOB!!!
Ruby first time in adult class and her first CACIB and second BOB.
She is not "quite", she is VERY special girl.


Thursday May 5th we went to the FDA show in Stepping. The family Østergaard attended with Zalazar Tuesday Happiness (Anton) in Baby class. Andreas and Anton did well. Judge Vibeke Rørdam put him as Best Baby in Breed and later in the main ring, he was pulled among the last six babies.

Judge wrote on www.cairn-terrier.dk: All dogs had good, healthy temperaments: Stable, alert and happy - even the BOB-baby was incredibly balanced for such a young puppy, and he took it all in stride, as if he had never done anything else. This bodes very well for the future as he also was simultaneously screwed together well. Besides Anton, we also showed Zalazar Mai Tai. She was placed as 2nd winner champion and 4th best bitch. 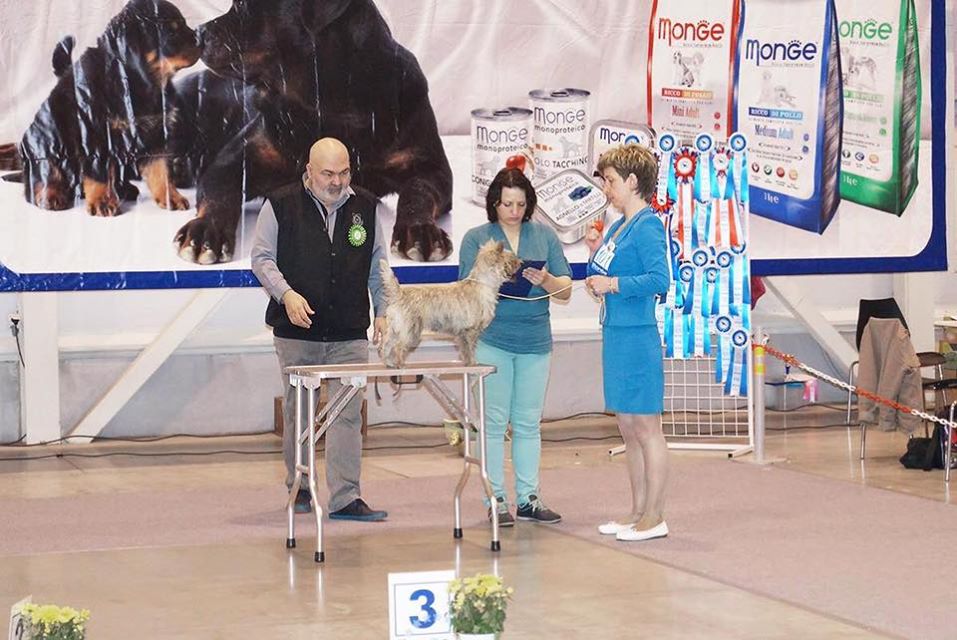 Margo, as she is called, is 15 months and is bred & owned by Olga Smirnova.
She is one of the results of Arthur's Russian adventure 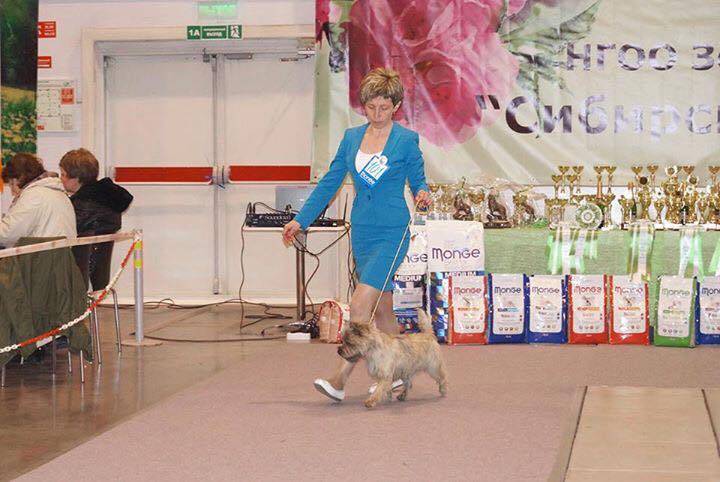 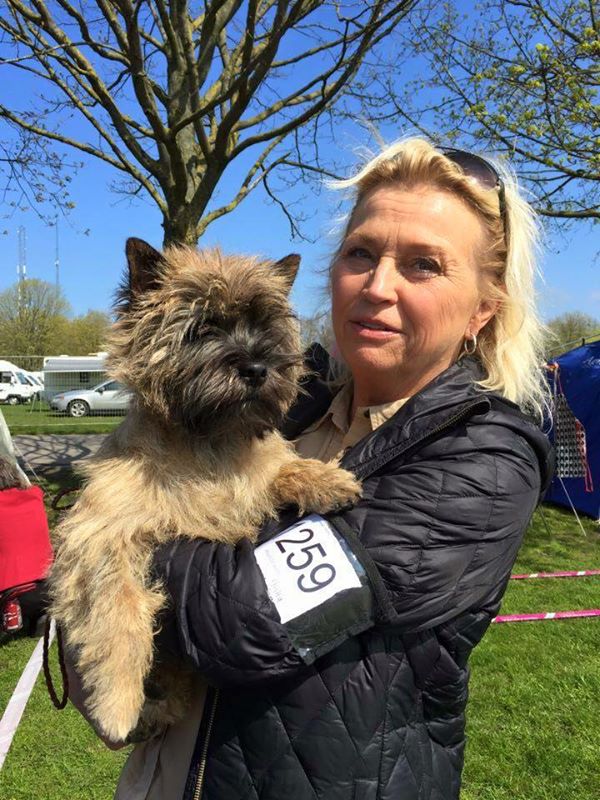 Sunday Miketos Never trust A Cheatin Woman was placed 2. best bitch. She is bred and owned by Lena Österström 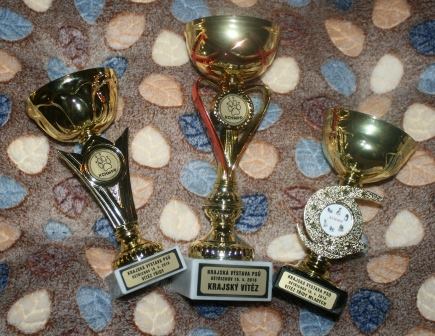 Zalazar Mai Tai as covergirl on the german yearbook 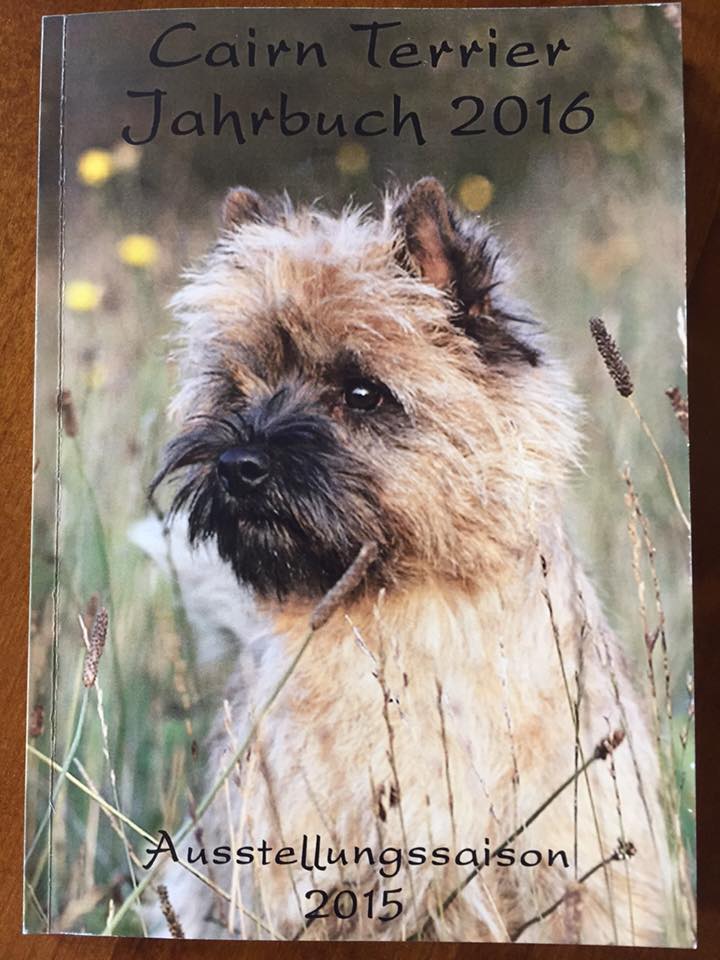 As BOB winner of the german Cairn Spezial 2015 in Mittenwalde, ch Zalazar Mai Tai had the privilege of being coverdog of the german yearbook 2016. 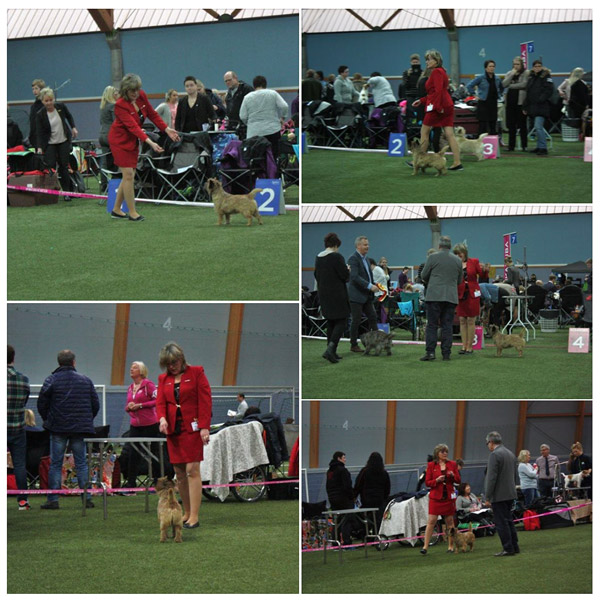 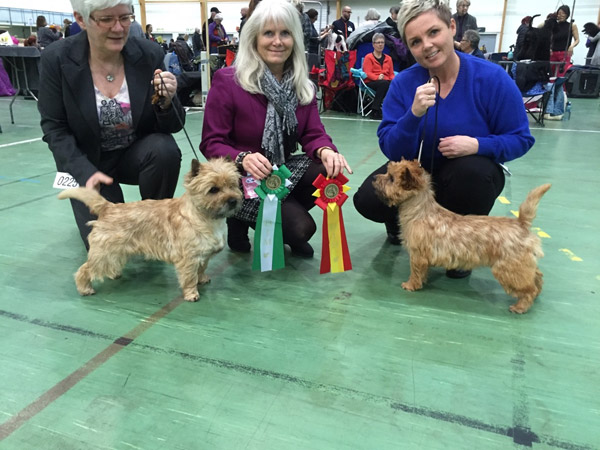 Great news from Letohallen in Norway.
Zalazar Van Damme's daughter, Miketos Roses Are red, went BOB. She is bred by Lena and owned by Monicha Rud